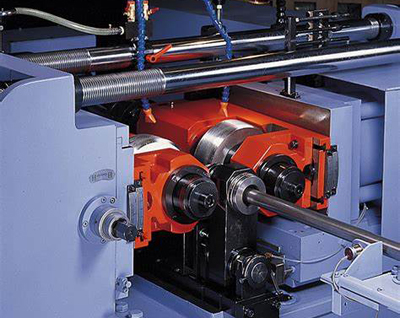 If I were to rank fastener-making operations in order of importance, thread rolling would come in a close second to forming or heading. As the threads or roll forms produced by thread rolling machines and the corresponding tools like dies and attachments are the defining characteristics of many mechanical fasteners—rivets and pins being a few of the exceptions—the thread rolling process gets a lot of attention and space on the factory floor.

The main end products of the thread rolling process are bolts, screws, studs and threaded rods. Also, the process can be used to roll other profiles onto blanks— rings, spirals and knurls, for example. Thread rolling is actually a cold forming process in that it does not involve the removal of material, but it is vastly different from traditional operations performed on headers or precision formers.